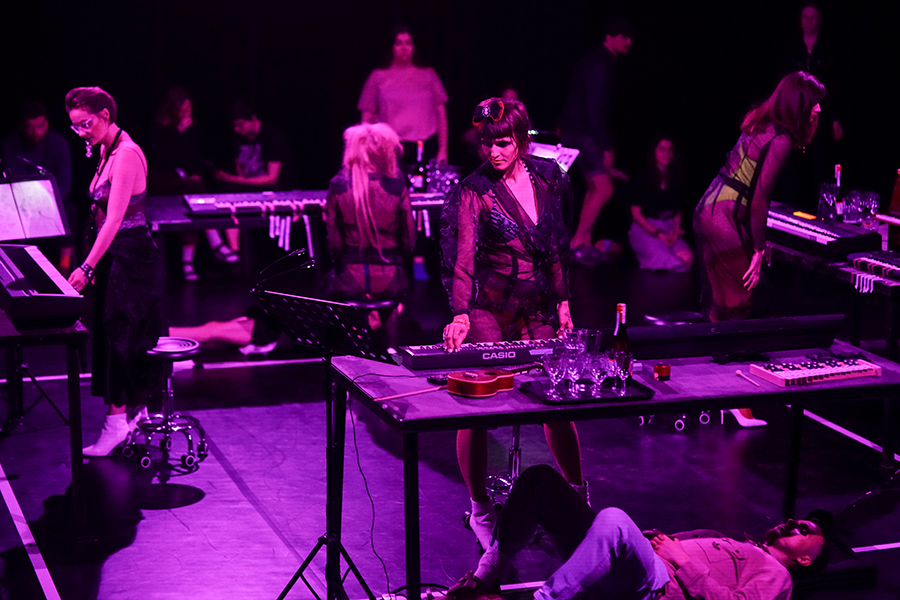 The play is inspired by the text of the same name by the Polish playwright, children’s book author, poet and resistance fighter Anna Świrszczyńska (1909-1984).The absurd seemed necessary for her to survive; only laughter a perfect antidote to the side effects of reality.  Using the method of the prepared keyboard, Blecharz’ sound sculpture links the absurd from Świrszczyńskas Text with the origins of electronic music and builds a new type of ambient on stage. Teraz Poliż’ performance brings the forgotten Świrszczyńska back to life.

TERAZ POLIŻ is the only professional all-female theatre group in Poland.The ensemble was established in 2008 in Warsaw as an independent group bringing together creative women linked with theatre. The actresses Marta Jalowska, Dorota Glac, Adrianna Kornecka, Dominika Strojek, Kamila Worobiej and the directors* Ula Kijak and Marta Miłoszewska were the founders of the group. The ensemble often turns to  topics such as exclusion and abuse and regularly engages in actions addressing children and teenagers. It produces and stages theatre performances, happenings, concerts and performative readings and organizes theatre workshops and discussions. Since 2015, the group has been engaged in historical research projects aimed at restoring the memory of women who contributed greatly to Poland’s modern-day art and the world‘s cultural heritage. The group has embraced non-hierarchical organisational principles as it continues to explore different collaborative structures, both onstage and within the association.