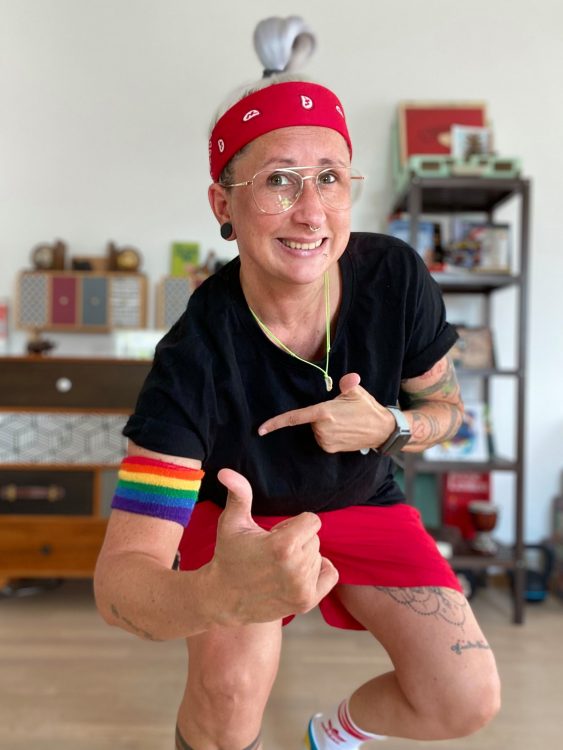 DJane Käry likes to mix electronic sounds with a lot of bass, but also the current chart tunes from the mainstream with danceable electro beats. 80’s and 90’s hits are also in the mix. The identification with the gay and lesbian scene is important to her and takes a large part in her life – not only behind the DJ booth.

Djane Käry She has been serving a niche which is still in high demand since 2014. As an openly lesbian artist, she played at Nature One Festival in 2016 and has also provided sound for the sacred halls of the L-tunes party in Berlin. Moreover, Djane Käry has been Djaning at  the L-Beach Festival at the Baltic Sea as well as at the Pink Lake Festival at the Wörthersee in Austria for several years.