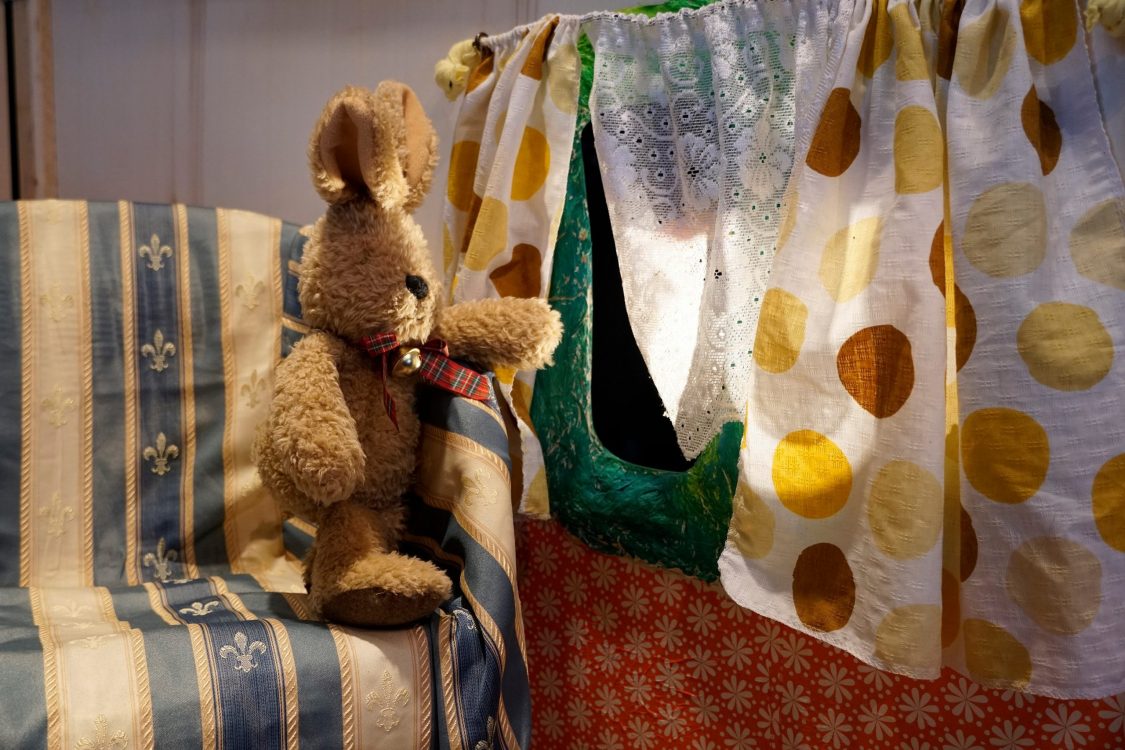 A news item ruins a beautiful morning in the forest of wild strawberries – the wolf is returning! The inhabitants of the forest, who are mostly victims of the wolf in the well-known fairy tales, tremble with fear and come together to unite against him. They confront the wolf and realize that he is not their enemy. A story with a good ending and an invitation to question and reflect on deep-routed behaviours.

Magdalena: Her adventure with theater began by chance when she was a young girl. As a result, she finished her theater studies in Paris with a one-year scholarship at the Salvador da Bahia Theater School in Brazil. Theater has been and still is a space for her to experience the deepest emotions, a space to meet other people and herself, a space of the greatest authenticity. She is interested in both the social dimension of theater work and theater as a means of self-development.