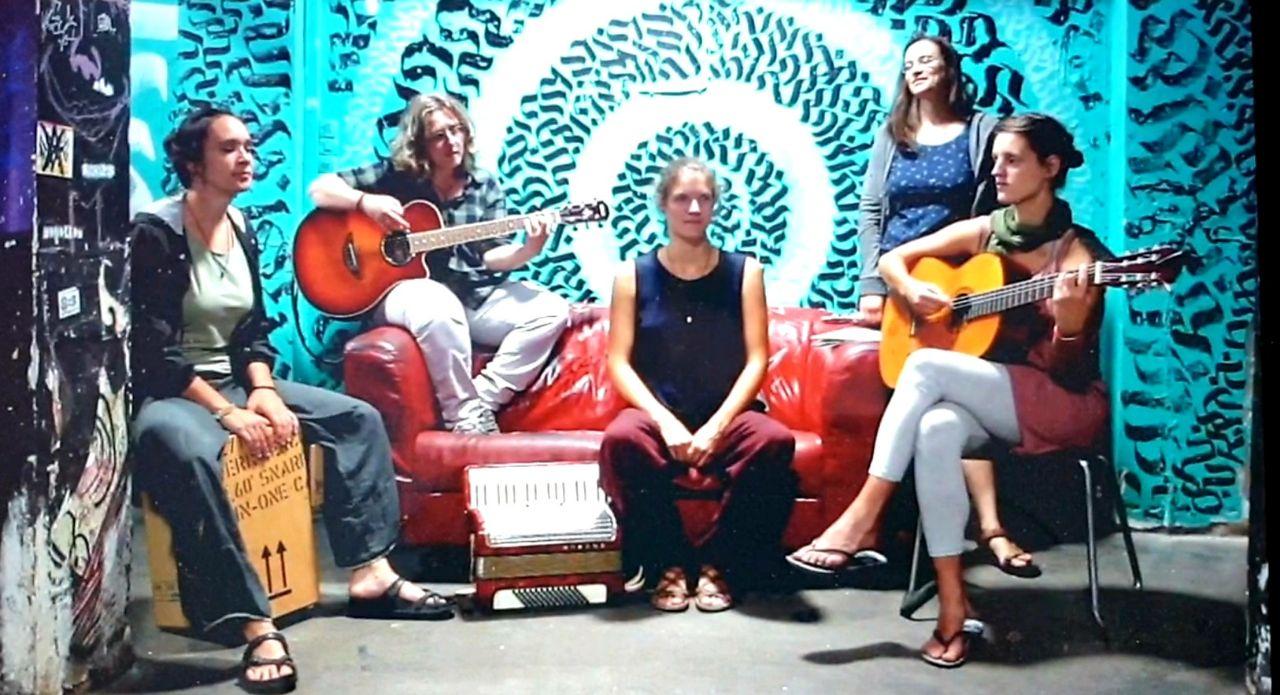 With pride and courage to vulnerability, Zimt und Zunder are musical representatives of a modern feminism in Darmstadt. The band usually remains true to their melancholic pop melodies and content, which draw from personal experiences, but also consistently become political statements. Here all are vocals and none is background, because when Sira (bass, flute, vocals), Mareike (vocals, guitar, accordion), Janice (vocals, guitar), Insa (vocals, guitar), Lucy (drums and keys) and Kristin (flute) play their mostly acoustic instruments, equality is lived reality and not just vision.

Zimt und Zunder is a women’s band project from Darmstadt, which was founded in early 2019. The group deals with questions like: What does it mean to be a women’s band? Does it make sense to name it on flyers, for example? Are women’s musical abilities taken less seriously; is there perhaps even a kind of women’s quota bonus? What does the way of moving on stage or the desire to learn a certain instrument have to do with gender socialization? And what ways are there to question, soften or experiment with gender stereotypes?