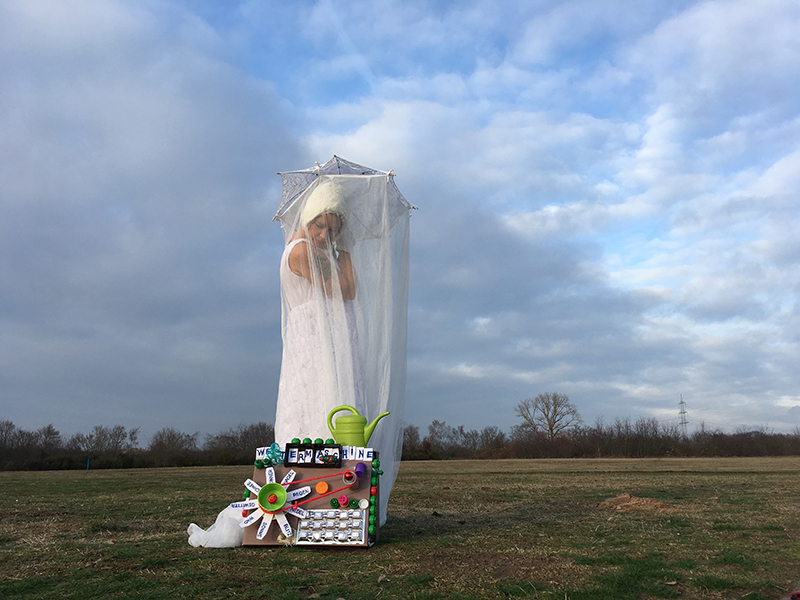 The little cloud Nunu wants to eat a delicious water soup with the Windilator. They would talk about traveling together, about rain and storms. But the Windilator is the wind and has no time… Who can help Nunu? The weather forecaster Josefine only predicts no wind and the weatherman Emil says nothing. Where does the wind come from? After the play, small windmills can be made.

For children from 4 years on.

Pirkko Cremer received her training as a state-certified actress at the Hochschule für Musik und Darstellende Kunst in Frankfurt am Main. She had her first engagements at the Staatstheater Wiesbaden and the Schauspiel Frankfurt. Since her festival engagements in Wuppertal and Oberhausen, she has performed as a guest in many theatres and works as a speaker. Since 1999 she has been playing in the troupe of Michael Quast in Hessian dialect. In Paris, she founded the troupe Les Boulangères Fleuries with Alicia Benito and trained as a clown at the school “Le Samovar”. Pirkko Cremer writes and performs her own plays. In show interludes for adults she humorously takes us into the abyss and into the sweetness of the self. The grotesque “Massimo, you have never loved me” was shown on Hessian Television at the Weiberfastnacht 2017. In her participatory plays for children, socially relevant themes are brought to the stage in a playful way.