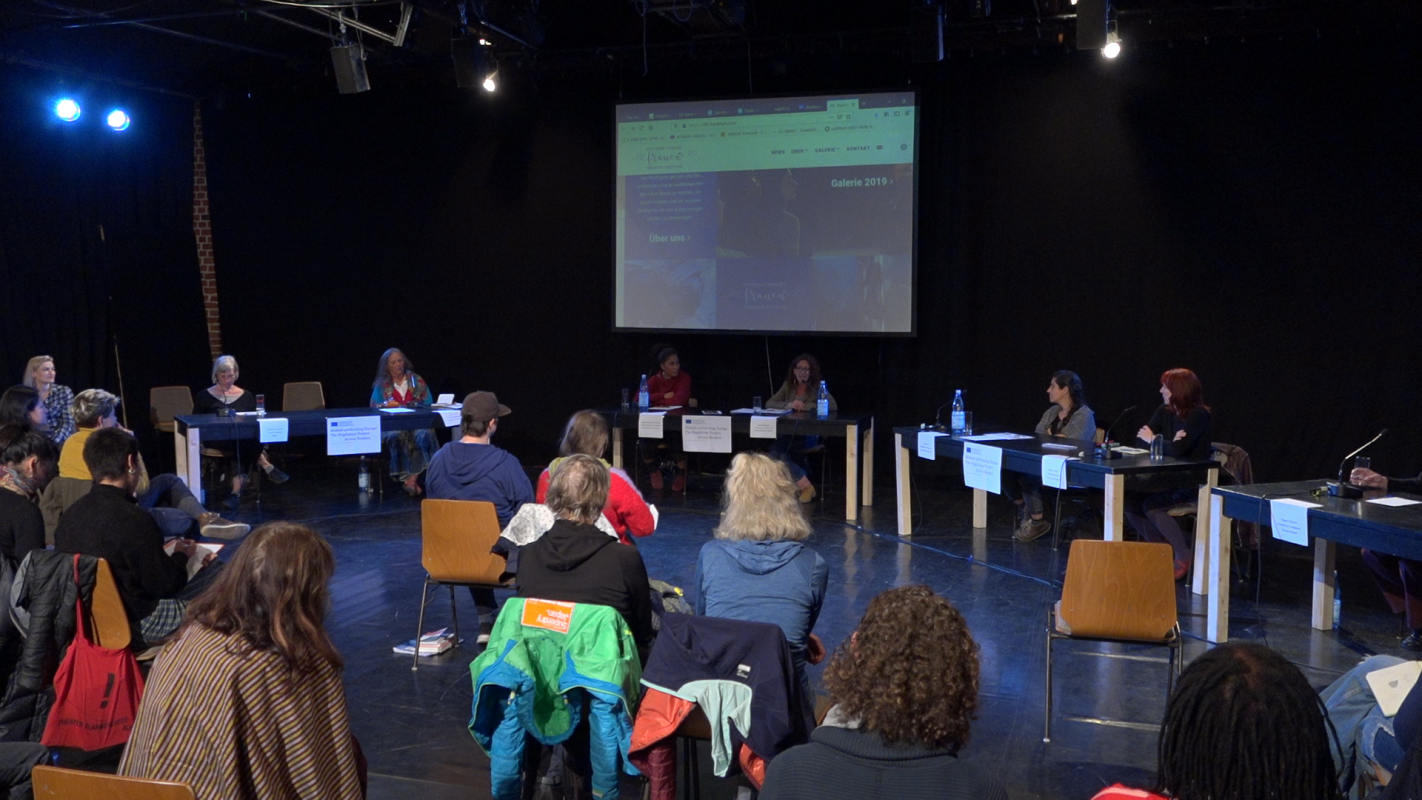 This year’s symposium will be attended by international and local guests who will speak about their experience and reflections on strengthening the role of womxn in the cultural scene. Based on the topic “Womxn Performing Selves”, we will engage in a feminist dialogue between theater and politics in the year 2021, in which womxns’ rights are increasingly threatened worldwide.

The discussion will focus on sharing strategies for deconstructing forms of individual and structural violence experienced by womxn and examples of how the Performing Arts can be an ally in this process. We will also share reflections on the ways in which safe spaces for womxn are not limited to a physical space, but can be realized and sustained in the praxis of social
relations with the audience.

Another important part of this year’s topic is the recognition of womxn in their individuality and diversity. Thus, the guests will also talk about how their own personal emancipation process has inspired a collective empowerment experience with other womxn. In this sense, the 5th Symposium of the International Womxn Theatre Festival celebrates the expansion of a debate that is guided by a decolonial feminist approach. We are looking for new ways to transform the patriarchal, eurocentric narrative of theater-making by responding to a multiplicity of feminist voices and building connections of solidarity in a collective way.

We ask:
– How can we stay with becoming protagonists and reinventing ourselves in the current pandemic situation?
– How can we develop strategies to strengthen the role of womxn that also provide space for personal development within the framework of collective tasks?
– How can we encourage womxn in finding new ways of self-expression and re-writing their own story through Expressive Arts?

The symposium will be held in English.

Artists participating in the festival and anyone else who feels that their voices should be heard in this setting. Allies and other interested people are invited to listen, to reflect and to ask questions.