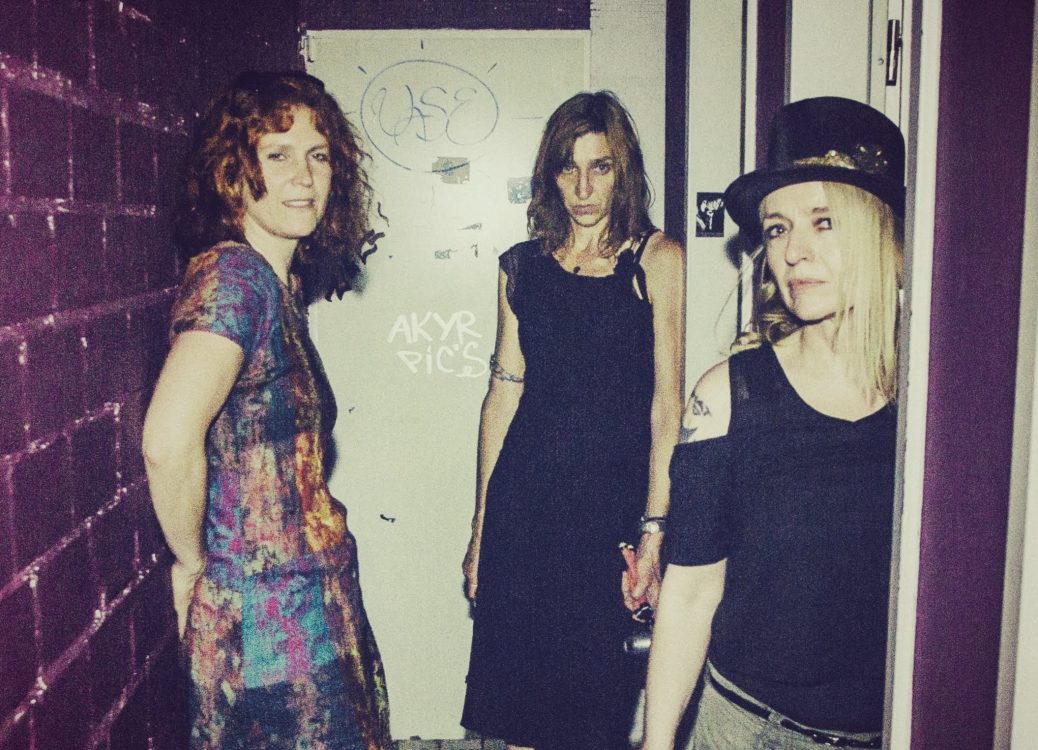 THE SLAGS, consisting of Suse Michel (drums, vocals), Conni Maly (guitars, backing vocals) and Bine Morgenstern (vocals, harp, percussion, accordion), have their loudest times behind them. However, the three female musicians from Frankfurt still radiate musical energy: Poppy, punky, but also epic-loopy, bluesy, in La-La-Land style or deep inside – in their new program they show us all the planets of the band’s own solar system.

THE SLAGS  After three decades, THE SLAGS still consist of independent, expressively powerful characters, who also work wonderfully when solo – each for themselves. But they are always at full strength when they combine their powers and join hands. The motto of diversity, difference, versatility also applies for their new album BABYTREE. Each of the three female musicians writes, composes and sings. Suse, Bine and Conni have used the past twelve months to work on a rock’n’roll documentary film about their band.