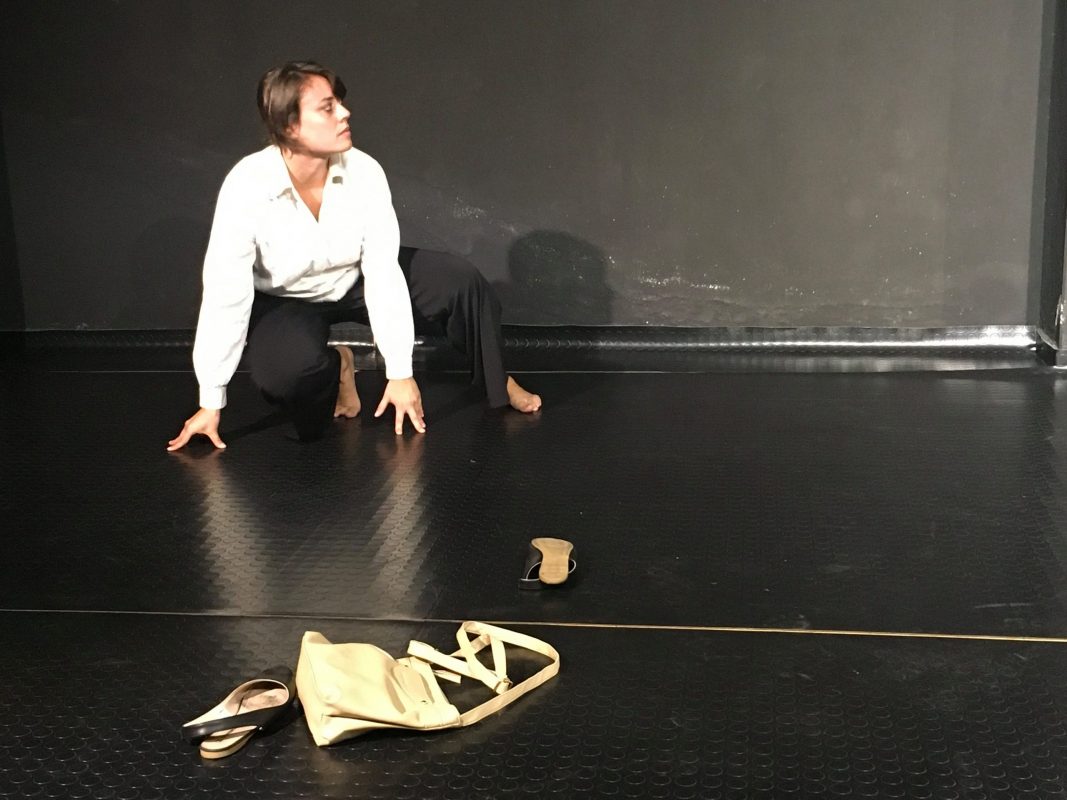 A woman runs on stage. Afraid of being late, running after an unattainable goal. The run turns into madness. But when everything collapses, the body may finally breath. It is born again, discovers itself and discovers the world around it. Movements, shadows, puppet. No words. What can the body and pictures say before words were born? In our calibrated, closed in a schedule and codified life, desire as an energy of life loses its value and truth. So, there is a necessity to speak about desire as a vital movement and not as a simple individualist obsession. A non-verbal performance about our crazy fast life, suspended moments and the desire to open up to the world.

Julie Gallasse is an actress and theater director working mainly with physical theater. Over the years, she has been able to approach the performing arts in all their diversity, on the one hand through her university education in Performing Arts, where she explored different approaches such as theater, dance and puppetry, and on the other hand through several advanced training courses, including movement theater according to Jacques Lecoq, techniques of Grotowski, clown, masks, and dealing with objects and puppets. In her practical work, she explores hybrid forms in which the language of the body takes up as much space as the language of the object, the music and sometimes also the text.