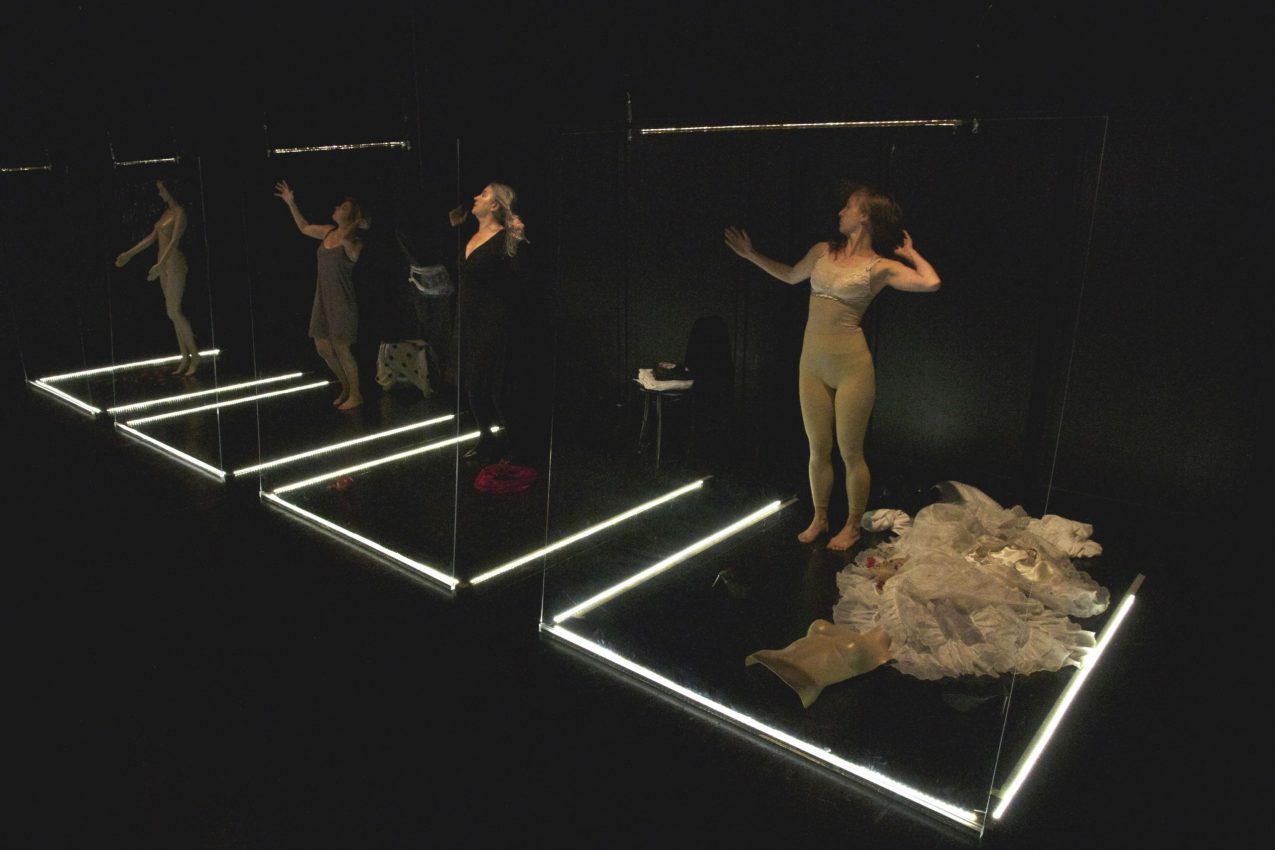 This project aimed to give scenic form to the problem of violence against women. The work had to learn how to renounce to granted data and it was obliged to look for the radicalization of a topic in a little gesture, the chasm of a speech in a silence. The words, collected here and there from direct sources, with respect and gratitude learnt to reconcile the weight of a witness with the breath of humanity which remained from them.

Cristina Castrillo has dedicated her life to professional theater for more than five decades: from the founding of Teatro Libre, one of the most famous Latin American theater companies in Argentina in the seventies, to the founding of Teatro delle Radici in Switzerland in 1980.  She devotes all her energy to the exploration of elements that form the basis of the training of performers and has published, among others, the books “Attore-Autore”, “Trilogia dell’assenza” and “Tracce – la mappa di un mestiere”.  She writes the scripts of all her performances herself.