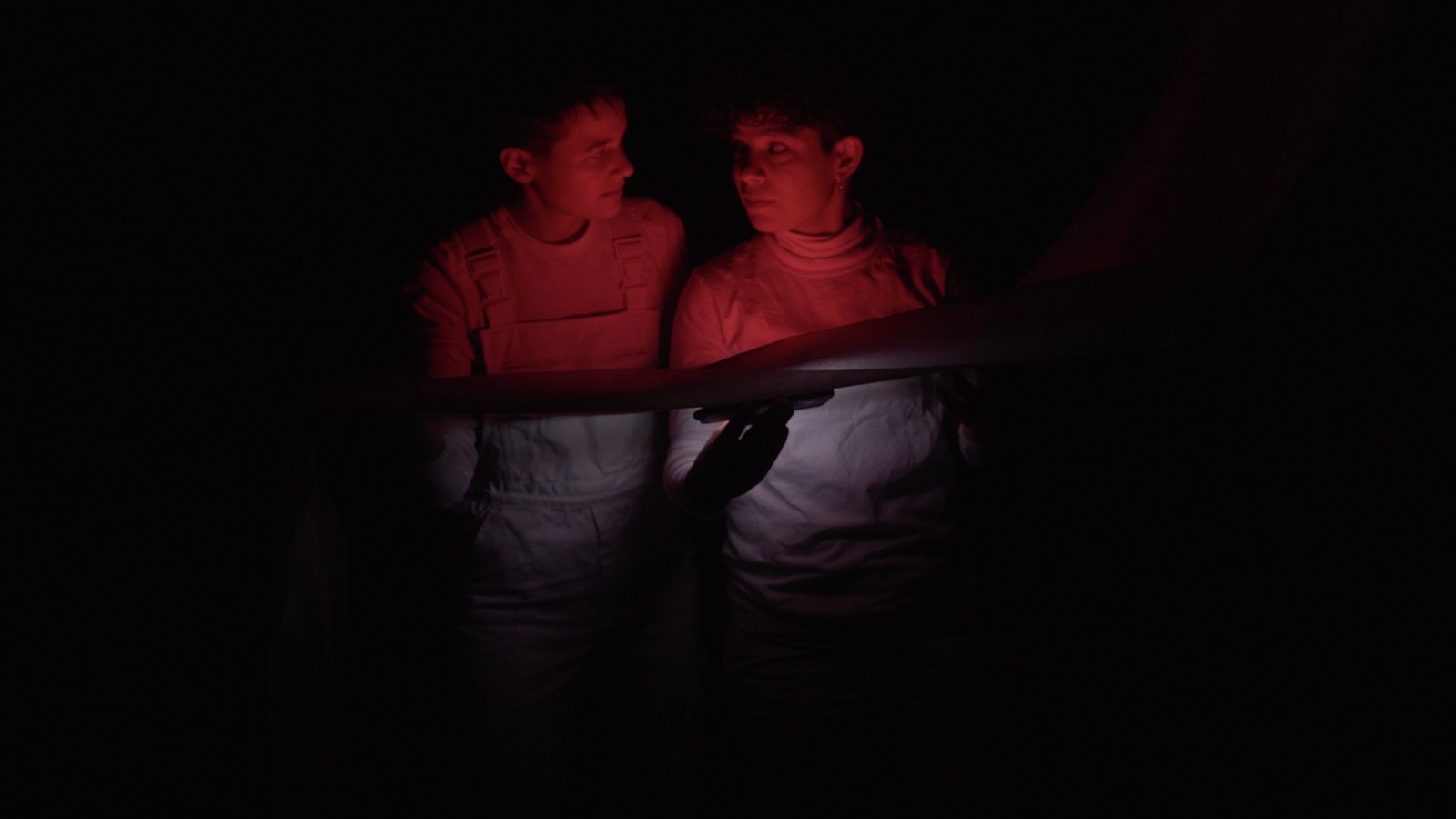 Wax transforms within minutes; it melts, drips, flows, burns, spreads over a surface, cools, dries, covers, tears and can be modeled. In the material performance with live music, the family biographies of the performers are shaped by the forms of existence of wax: stories about migration and exile experiences, rituals and gender socialization, but also about self-images and discourses of the diaspora. The empty stage becomes an experimental space – a contemporary version of traditional campfires, where history and stories are passed on.

Laia Ribera Cañénguez, born 1982 in El Salvador, is a freelance theatre maker. She studied Physical Theatre in Barcelona and trained herself further in working with various directors, dancers and theatre groups (including Odin Teatret, Malayerba Teatro, Jesusa Rodriguez). Laia has been involved as a performer in various theatre projects in El Salvador and founded the theater collective “Siluetas” in Guatemala in 2011, which specializes in biographical theater and performance. With the plays AFUERA and DISIDENCIAS the group toured in Colombia, Mexico and Central America. Since 2015 Laia has been living in Germany, where she completed her Master in Theatre Pedagogy at Universität der Künste. Her final thesis was a play about globalized care work entitled “SONREÍR. Eine Dreck(s)arbeit” (Smile, a dirty work), where she was on stage with a puppet theatre player and five Latin American women  working in care and cleaning work. Laia works with a focus on biographical theater, among others in the Ballhaus Naunynstrasse (theatre pedagogue/director in “A Story of Many”, 2017), in the performance collective She She Pop (assistant director in the play “Oratorio”), in the group Alchemy (founding member and performer) and in the Salvadoran group Madrija (author and performer in the play “Querencias”, 2018, where Laia is on stage with her mother).

Rafi Martin, born 1989 in Hong Kong with French citizenship, makes contemporary puppet theatre and has lived in Stuttgart since 2014. He* first studied sociology, anthropology and gender studies (M.A. 2014 Ecole des Hautes Etudes en Sciences Sociales in Paris). He* also studied puppet theatre at the Hochschule für Musik und Darstellende Kunst in Stuttgart and is co-founder of the Tangram Kollektiv, an experimental puppet theatre collective founded in 2017. In the solo work “/NOT/ in my name” (2017), Rafi Martin examines French surname politics and reports on his attempt to adopt the surname Soukhanoff. In the theatre play “Sonreir. Eine Drecksarbeit” (2017) he works as a puppet theatre performer with five care workers from Latin American countries living in Germany on the topic of globalized chains of care, migration and female socialization. In “Hollow Matters” (2018), a choreographic piece by Antoine Carle, Martin began experimenting with wax and body prints made by the audience, among others. In his bachelor thesis “A Fish in Space” (2018), directed by Ariel Doron, he works with light (Supervision: Joachim Fleischer). Rafi Martin is particularly interested in the overlapping of intersectionality, social symbols and institutions, puppet theatre and feminism.